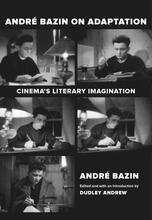 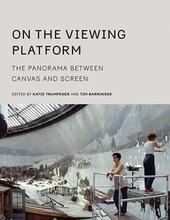 On the Viewing Platform: The Panorama between Canvas and Screen
Katie Trumpener
Publisher: Yale Unversity Press
Publication Year: 2020
A wide-ranging study of the painted panorama’s influence on art, photography, and film 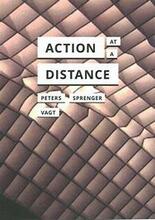 In Search of Media Series

Publisher: University of Minnesota Press
Publication Year: 2020
Contemporary media leads us more than ever to an ‘acting at a distance,’ an acting entangled with the materiality of communication and the mediality of transmission. This book explores this crucial phenomenon thereby introducing urgent questions of human interaction, the binding and breaking of time and space, and the entanglement of the material and the immaterial.

Aesthetic Spaces: The Place of Art in Film
Brigitte Peucker
Publisher: Northwestern University Press
Publication Year: 2019
Films provide valuable spaces for aesthetic experimentation and analysis, for cinema’s openness to other media has always allowed it to expand its own. In Aesthetic Spaces, Brigitte Peucker shows that when painterly or theatrical conventions are appropriated by the medium of film, the dissonant effects produced open it up to intermedial reflection and tell us a great deal about cinema itself.

Publisher: Academic Studies Press
Publication Year: 2018
Largely forgotten during the last 20 years of his life, the Soviet filmmaker Dziga Vertov (1896-1954) has occupied a singular and often controversial position over the past sixty years as a founding figure of documentary, avant-garde, and political-propaganda film practice. Creator of Man with a Movie Camera (1929), perhaps the most celebrated non-fiction film ever made, Vertov is equally renowned as the most militant opponent of the canons of mainstream filmmaking in the history of cinema.

Early Film Theories in Italy, 1896-1922
Francesco Casetti
Publisher: Amsterdam University Press
Publication Year: 2017
This collection is the first to bring together scholars to explore the ways in which various people and groups in Italian society reacted to the advent of cinema. Looking at the responses of writers, scholars, clergymen, psychologists, philosophers, members of parliament, and more, the pieces collected here from that period show how Italians developed a common language to describe and discuss this invention that quickly exceeded all expectations and transcended existing categories of thought...

Nabokov Upside Down
Marijeta Bozovic
Publisher: Northwestern University Press
Publication Year: 2017
Nabokov Upside Down brings together essays that explicitly diverge from conventional topics and points of reference when interpreting a writer whose influence on contemporary literature is unrivaled. Scholars from around the world here read Nabokov in terms of bodies rather than minds, belly-laughs rather than erudite wit, servants rather than master-artists, or Asian rather than Western perspectives. The first part of the volume is dedicated to surveys of Nabokov’s oeuvre that transform some...

US Presidential Elections of the 1890s

Publisher: University of California Press
Publication Year: 2016
Presidential campaigns of the twenty-first century were not the first to mobilize an array of new media forms in efforts to gain electoral victory. In Politicking and Emergent Media, distinguished historian Charles Musser looks at four US presidential campaigns during the long 1890s (1888–1900) as Republicans and Democrats deployed a variety of media forms to promote their candidates and platforms.

Nabokov's Canon: From "Onegin" to "Ada"
Marijeta Bozovic
Publisher: Northwestern University Press
Publication Year: 2016
Nabokov’s translation of Pushkin’s Eugene Onegin (1964) and its accompanying Commentary, along with Ada, or Ardor (1969), his densely allusive late English language novel, have appeared nearly inscrutable to many interpreters of his work. If not outright failures, they are often considered relatively unsuccessful curiosities. In Bozovic’s insightful study, these key texts reveal Nabokov’s ambitions to reimagine a canon of nineteenth- and twentieth-century Western masterpieces with Russian...