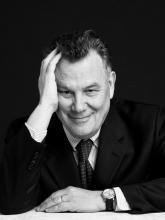 Francesco Casetti currently teaches courses on Semiotics, on Film and Media Theories, on Post-Cinema and Technical Images, and on Media and Space. He is the author of six books, translated into (among other languages) French, Spanish, Czech, and Korean; he is also co-author of two books, editor of more than ten books and special issues of journals, and author of more than sixty essays.

During the 1970s and 1980s, his research was mostly focused on semiotics of film and television, in particular about genres, intertextuality, and enunciation. His major achievement was an extensive study on the implied spectator in film (Inside the Gaze, Indiana, 1999, or. 1986) and an edited book on television and its imagined audience (Tra me e te, 1988). During the ‘90s he increasingly moved toward an original combination of close analysis and ethnographic research of actual audiences, introducing the notion of “communicative negotiations” (L’ospite fisso, 1995, on media consumption in 32 Italian families, and Communicative Negotiation in Cinema and Television, 2002, on the idea of “communicative pact” and “communicative situation”). In the 2000s Casetti explored the role of cinema in the context of modernity and the decline of cinema in the electronic age in two award-winning books. Eye of the Century. Film, Experience, Modernity (Columbia, 2008, or. 2005) suggests that cinema was crucial in negotiating between the opposite trends of modernism, like the focus on language and the desire of immediacy, or the fascination for machines and the preservation of human. The Lumière Galaxy: Seven Key words for the Cinema to Come (Columbia, 2015) interprets film’s current transformations as an ongoing process of ‘relocation’ of media in new physical and technological spaces. Casetti has also significantly written, and still writes, on film theories (Theories of Cinema. 1945-1995, Texas, 1999, or. 1993, and the anthology Early Film Theories in Italy. 1896-1922, AUP 2017). He is currently working on a book that tackles the deep history of fears of media and mediation, and that focuses on the peculiar answer offered by the modern optical-spatial arrangements based on sealed spaces and screened images, starting from the Phantasmagoria of 18th Century.

With Jane Gaines (Columbia University), he is the co-founder of the Permanent Seminar on Histories of Film Theories, an international network of film scholars aimed at a systematic exploration of the field of film and media theories (see the website:  http://filmtheories.org/).

At Yale, Casetti is an Affiliated Faculty at the School of Architecture and member of the Humanities Program.

This collection is the first to bring together scholars to explore the ways in which various people and groups in Italian society reacted to the advent of cinema. Looking at the responses of writers, scholars, clergymen, psychologists, philosophers, members of parliament, and more, the pieces collected here from that period show how Italians developed a common language to describe and discuss this invention that quickly exceeded all expectations and transcended existing categories of thought and artistic forms.

The Lumière Galaxy. Seven Key Words for the Cinema to Come

Francesco Casetti believes new media technologies are producing an exciting new era in cinema aesthetics. Whether we experience film in the theater, on our hand-held devices, in galleries and museums, onboard and in flight, or up in the clouds in the bits we download, cinema continues to alter our habits and excite our imaginations.

Is it true that film in the twentieth century experimented with vision more than any other art form? And what visions did it privilege? In this brilliant book, acclaimed film scholar Francesco Casetti situates the cinematic experience within discourses of twentieth-century modernity. He suggests that film defined a unique gaze, not only because it recorded many of the century’s most important events, but also because it determined the manner in which they were received.