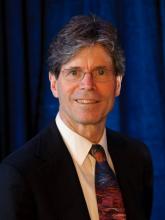 Raised in Southern California, Dudley Andrew went to the University of Notre Dame to study English and Philosophy, writing a senior thesis on film aesthetics.  He took a Danforth fellowship to Columbia University, where he learned filmmaking and first encountered French film theory during the turbulent period of 1968.  He transferred to the University of Iowa because of its strengths in both Film Studies and literary theory, taking his doctorate In the English department’s Program of Modern Letters, while teaching film theory and history. In 1972 he accepted a joint position there in Film Studies and English, later shifting from English to Comparative Literature.  He was fortunate to have gotten in on the ground floor of Film Studies as this discipline was taking off in the USA, and to have written on André Bazin’s intellectual roots for his dissertation, since this topic has funded many publications, and has taken him frequently to France.  There his interests spread to periods before Bazin (books on the Popular Front period), and after Bazin  (the New Wave).   Andrew taught at Iowa for thirty years, directing the dissertations of many of today’s leaders in Film.  Coming to Yale in 2000, he soon established a doctorate in which Film Studies is combined with one of nine traditional disciplines.  By 2015 eighteen such doctoral degrees had been conferred, with thirty-five students en route.  Andrew chaired Comp Lit from 2009-2013, where he continues to work with graduate students on the French literary and philosophical milieu, or on issues that cross between Cinema and Literature (aesthetics, translation, hermeneutics, critical theory).  He has consistently taught undergraduate courses in World Cinema and in adaptation, as well as seminars related to the work of Bazin, whose complete works he curates in a dedicated archive at Yale. Andrew provides a link to French cinema’s illustrious past from his personal encounters with legendary figures like Renoir, Truffaut, Resnais, Rohmer, Marker. The French Cultural Ministry appointed him “officier de  l’ordre des arts et des lettres,” and in 2006 he was  elected to the American Academy of Arts and Sciences.  In 2011 the Society for Cinema and Media Studies conferred on him its Lifetime Achievement Award.

What Cinema Is! offers an engaging answer to Andre Bazin’s famous question through a sweeping look back over the phenomenal ascendancy of a certain “idea of cinema.” Written by one of the foremost film scholars of our time, this provocative volume proclaims cinema’s distinct value not just for the last century but for our current audio-visual culture. Whatever cinema may yet become, this unique “idea” should orient and guide it.