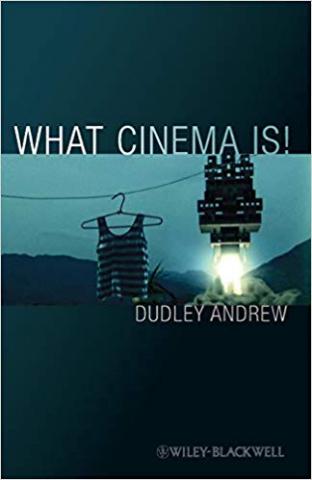 What Cinema Is! offers an engaging answer to Andre Bazin’s famous question through a sweeping look back over the phenomenal ascendancy of a certain “idea of cinema.” Written by one of the foremost film scholars of our time, this provocative volume proclaims cinema’s distinct value not just for the last century but for our current audio-visual culture. Whatever cinema may yet become, this unique “idea” should orient and guide it.

Examining cinema’s institutions and its social force – but always through the qualities of key films – What Cinema Is! testifies to the power of something that didn’t even exist before 1895. From the art films cherished by cinephiles after World War II through the banner years of the New Wave to a technologically “expanded” cinema, Andrew traces the long nerve of this idea that has made cinema supremely alive to (and in) our times.