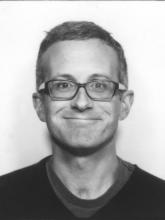 Brian Meacham received his Masters of Library and Information Science with a concentration in Archives Management from Simmons College and began work as the Archive Coordinator at the Harvard Film Archive in 2002. He received a Certificate in Film Preservation from the L. Jeffery Selznick School of Film Preservation at George Eastman House in Rochester, New York in 2006.

As the Public Access Coordinator at the Academy Film Archive from 2006 to 2008, he oversaw public, scholarly, and commercial access to the holdings of the Academy Film Archive. He arranged print loans to theaters, archives, and museums around the world, and screened unique holdings on site for researchers and filmmakers. As Short Film Preservationist from 2008 to 2013, he curated a collection of live-action and animated short films spanning more than 100 years of cinema history. He has worked to preserve dozens of short films, from one-of-a-kind silent comedies to independent animated films from the 1970s. He also helped spearhead a collaborative effort between the National Film Preservation Foundation and five film archives in the United States to repatriate and preserve hundreds of American silent films found in the New Zealand Film Archive. Among the unique finds discovered, preserved, and returned to the screen were Upstream, a lost feature film directed by John Ford and The White Shadow, the earliest surviving film to feature a screen credit for Alfred Hitchcock.