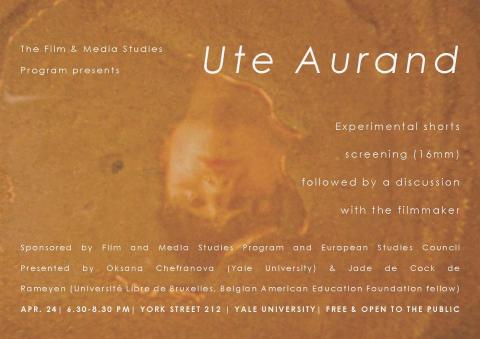 We are delighted to welcome Berlin-based experimental cineaste Ute Aurand for a screening of four 16mm shorts. One of the leading voices of lyrical cinema today, and a key figure in the German alternative film culture, Ute Aurand’s interest lies in the mundane and the intimate. Her films approach issues of female embodiment in the milieu and offer glimpses of her entourage’s lives over time. The screening will take place on April 24th at York street 212 (6.30 pm) and will be followed by a discussion with the filmmaker.