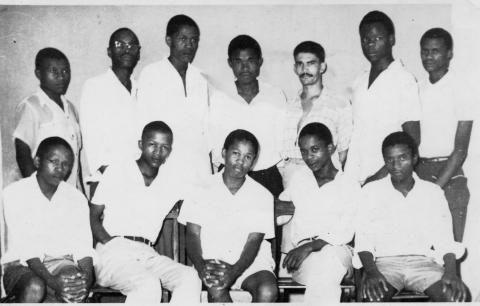 Synopsis: Confronted by the death of his stepfather, Director Thomas Allen Harris embarks on a journey of reconciliation with the man who raised him as a son but whom he could never call “father.” B. Pule Leinaeng (“Lee”) was an ANC foot soldier who sacrificed his life for the freedom of his country. As part of the first wave of South African exiles, Lee and his eleven comrades left their home in Bloemfontein in 1960 to broadcast to the world the brutality of the apartheid system and to raise support for the African National Congress (“ANC”) and its leaders, Nelson Mandela and Oliver Tambo. Drawing upon the memories of the surviving disciples and their families, young South African actors portray the harrowing events of the exodus and exile and in so doing, forge their own reconciliation between the generations.