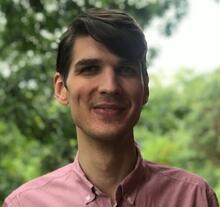 I am an interdisciplinary film scholar working at the intersection of film and media studies, literary studies, and history, with a specialization in the Francophone context. In my current work I am rethinking the conventional opposition between “classical” and “modern” cinema through the pairing of the understudied Tradition of Quality and the canonical French New Wave. I examine how they both engage with modernity and what they owe to the literary culture of their time. My manuscript broadens the purview of my dissertation, “The Literary Prehistory of Right Bank New Wave Cinema” (submitted in May 2022), by taking into consideration the Left Bank group and thus providing a comprehensive rewriting of post-WW2 French cinema in relation to practices of publishing, reading, interpreting, and imagining literature. In addition to interrogating the notion of “modern” cinema, the goal is also to revisit the politique des auteurs and the rise of adaptation in order to account for an important stage in the aesthetic and ideological development of art film.