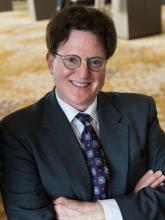 Marc Lapadula has been teaching introductory, intermediate and advanced seminars on screenwriting at Yale University since 1992 where he is a senior lecturer. He has had several original screenplays commissioned or optioned, including Distant Influence, Night Bloom and Loner as well as screen adaptations of Mikhail Bulgakov’s Heart of a Dog and Miguel de Unamuno’s Saint Emmanuel the Good, Martyr.

Marc has been a script consultant for film producers and studios, including New Line Films. He previously taught screenwriting at Columbia University’s Graduate Film School as well as playwriting and film analysis courses at Johns Hopkins and The University of Pennsylvania where he created, coordinated and taught both universities’ screenwriting programs.